UNTO THE LAST SEED 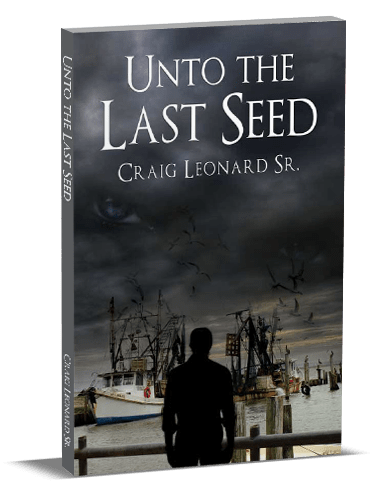 Derrick mistakenly thought he had everything under control and moving according to his own practical timetable. He assumed that he could rationally formulate, schedule and then implement a plan just as he always successfully done.

But what Derrick the business man didn’t realize was that this wasn’t a business deal to be hashed out with the Rabeaux, and he was by no means in control, but rather in effect controlled by a powerful timeline beyond himself. This timeline of irrational thought was both unstoppable and unalterable already taking a hundred years to advance thus far and had no intention of waiting for Derrick or manipulated by him.

Perhaps he had been away from the bayous, marshlands and the Cajun way of doing things too long. One thing for sure was both inevitable and undeniable: if he were to survive, he had to resume thinking like the Cajun he had been reared to be.

Derrick Cameaux is the “LAST SEED”!